After a six week initial public offering, Victorian beer firm Broo has announced it has raised $10.5 million and can now list on the ASX.

​The move is part of broader strategy to target the biggest beer market in the world, China. 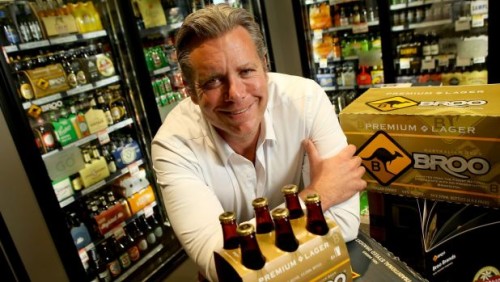 “We are very happy to say the least,” said Kent Grogan, founder and CEO of Broo Ltd.

Grogan described the company’s plan to expand into China and the reliability of the kangaroo logo on Broo’s “premium but mainstream” products.

“We have partnered with Jinxing in China, the largest and last independently operated beer company. Next year they will be able to produce one billion cases of beer and given that it’s all about supply in the beer industry, we’ve now signed a deal that gives us virtually limitless supply.”

Grogan said that while beer companies such as Fosters have tried to enter the Chinese market previously, they have failed because they attempted to act on their own.

“Some companies have torn up a lot of money over there. We’ve got impeccable partners, as well as the kangaroo which is the second most recognisable symbol in the world after the Statue of Liberty,” Grogan claimed.

Employing around 100 staff in Australia, Broo’s local production is outsourced.

“Australia’s beer market is very small compared to China’s but it’s lucrative. Our fastest and loudest revenue stream will be China initially but we will grow Australian offerings too,” he said.

Grogan said he is keen for Broo to take on the Lion/SABMiller duopoly, especially as beer consumption is back on the rise.

“We would be the only Australian-owned brand in that space, so there is a great deal of opportunity there,” he said.

Beer may be a popular beverage, especially among young men, but for investors, its been a mixed bag over the years with Empire Beer failing to gain traction with a pub-beer concept.

After raising $6.4 million, it eventually moved on to try its hand at other ventures, while Gage Road continues to try to get traction.

It recently went to shareholders cap in hand to raise $10 million, using some of the cash to buy back the stake sold earlier to Woolworths and it intends using the rest to try to push into east coast markets.

The big recent success was Little World Beverages, which made the Little Creatures beers, which Lion Nathan (now part of Japan’s Kirin) bought a few years back for $360 million.

Two more brands, Kakadu beer and H-Broo-O water are forthcoming according to the company’s prospectus.

The document also showed the company had sustained losses during the last three financial years.

“Significant losses which related to the overhead, administrative and financing costs commonly incurred from the early operation of a recently-established business and during the continued development and expansion of the business, and had not achieved profitability on an annual or half-yearly basis,” the prospectus said.

Grogan said the IPO now allows them to shift that.

“We’ve put close to five years in China to develop these relationships, and we’ve spent the same time in Australia running pilot programs studying where our brand sits. Now it’s really about activation.”