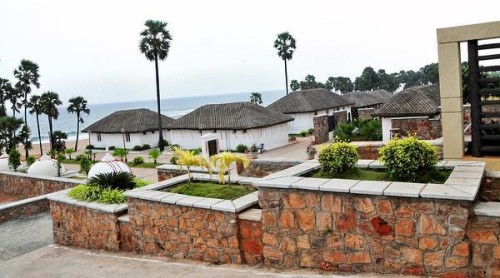 The State Government appears to have decided to develop Visakhapatnam on the lines of Goa minus casino by granting permission to set up beer parlours at beachfront shacks to promote tourism. It has already issued orders amending the rules which has been hailed as a ‘pro-active’ measure by the Hotel and Restaurants’ Association of Andhra Pradesh (HRAAP) while the Excise Department is tight-lipped over it.

A senior excise official told The Hindu on Sunday they were waiting for the formulation of a policy to finalise the licence fee and the parameters to be followed to permit brewing and serving beer at the shacks. The Tourism Development Corporation recently opened shacks at the Thotlakonda beach on the 30-km beach stretch between Visakhapatnam and the 17th century Dutch township of Bheemunipatnam. The government has plans to develop safe beaches at Yendada, Sagarnagar and Mangamaripeta. Rushikonda Beach Resorts, the most sought after place after the RK Beach in the city, is also being given a facelift with required ambience and amenities.

Sources said the government had also prepared a blueprint to involve private players in a big way to introduce water sports like parasailing, scuba diving and snorkelling and banana tube boat rides.

Presently, wind-surfing and skiing by speed boats are offered from Rushikonda. There is a proposal to introduce cruise service to Bheemunipatnam and Kakinada (a distance of 70 nautical miles) after the Visakhapatnam Port Trust developed a 100-metre passenger jetty at the Fishing Harbour with an investment of Rs. 4 crore during the International Fleet Review.

Welcoming the move, general secretary of HRAAP Sandeep Reddy told The Hindu that the Coastal Regulation Zone rules should be relaxed to open liquor parlours at the shacks. He said the licence fee should also be fixed at ‘affordable’ rate.

Pointing out that Visakhapatnam had more potential than Goa for development as a tourist hub due to its landscape and picturesque hillocks and 30-km marine drive, Mr. Reddy said they had already represented to the government to extend the deadline for operating bars in star hotels from 11 p.m. to 1 a.m. and reduction in licence fee to cater to the needs of foreign tourists and those working on night shifts in the IT and other sectors.