Inspired by its recent step of invalidating 500 and 1000 rupee notes to curb black money, the government today announced that it would be soon working on banning pitchers for serving beer. However, pint and mug sizes will continue to be available for serving. 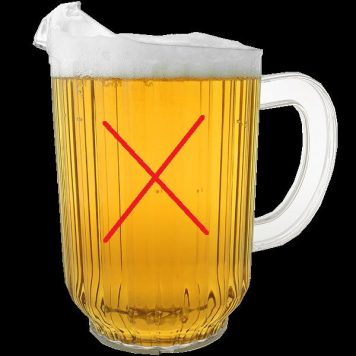 Speaking to Faking News, owner of Kickass pub said, “The number of PYTs visiting our pub is huge. When bartender gets them their favorite beer in a pitcher, the excitement in their eyes is incomparable. Pints and mugs are good, but they are meant for making the middle-aged temporarily feel that they’re still young. If pitchers are banned, there won’t be any enthusiasm left in the young to have beer, and the beverage industry will be at a loss.”

We spoke to a government official to know his view on the impending ban on pitchers. He said, “Kids are boozing a lot these days, way greater than their capacity. The lesser the beer, the lesser will be their chances of getting caught by parents. In a way, youth is also going to benefit from this move.”

Meanwhile, the opposition has slammed the government’s decision to ban pitchers, and said the youth are going to lose their #RightToPitchers. As per our sources, prominent leaders from the opposition were seen distributing pitchers to college students while cursing the government for such an anti-youth move.