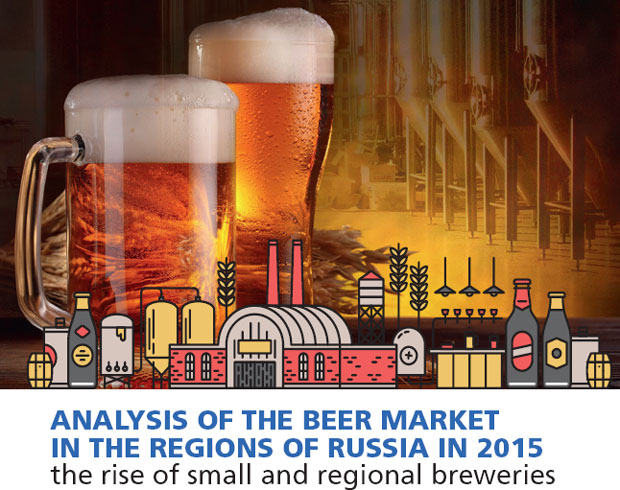 The tendency of ousting the major brewing brands from the market has been obvious for a long time. While the international corporations were closing their factories, the regional enterprises were increasing their facilities and a lot of minibreweries appeared on the market. But each region has its own peculiarities of beer “alternative”. The love for the draught beer and the interest in craft or regional brands are manifested in various degrees in different parts of Russia. To better understand the tendencies in the beer market it is necessary to analyze it in every region. END_OF_DOCUMENT_TOKEN_TO_BE_REPLACED 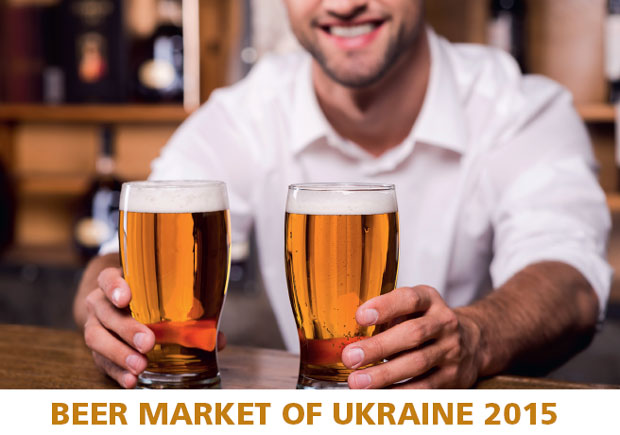 Ukrainian beer market has been declining since 2008, however 2015 made an abysmal record, that is, a 20% slump in sales and production. Half of this decline results from the actual production stoppage at Efes Ukraine. Even after reallocation of the company’s volumes other brewers were not able to compensate for the outlets loss and consumption decrease caused by the military conflict and economy shocks. The price structure of the market also saw changes as it drifts to the economy segment. The year of 2016 does not give much ground for optimism due to the twofold increase of excise. END_OF_DOCUMENT_TOKEN_TO_BE_REPLACED

According to the National Bureau of Statistics of China, the decline rate of beer production has slowed down. Over the past few months, the negative index has stabilized at the level of 4%. END_OF_DOCUMENT_TOKEN_TO_BE_REPLACED 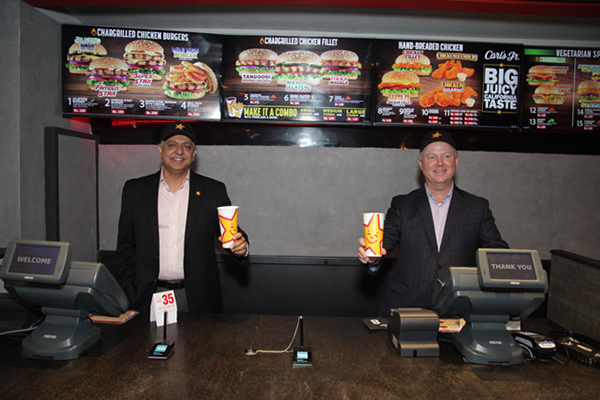 With the popularity of Quick Service Restaurants (QSR) in India and the demand for fast food on the rise, international chain restaurants like Wendy’s and Carl’s Jr. are introducing more innovative menu options to entice its customers. Recently, the menus at chain restaurants like Dunkin Donuts and McDonald’s saw an increase in high-priced items to potentially cater to the working professionals with high disposable income in the metros. END_OF_DOCUMENT_TOKEN_TO_BE_REPLACED 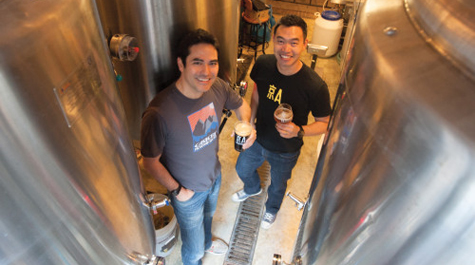 The tap list at Jing-A Brewing in Beijing is unlike any bar you’ve ever been to. The Worker’s Pale Ale, Flying Fist IPA and Mandarin Wheat selections are the first indications that this won’t be your ordinary happy hour. END_OF_DOCUMENT_TOKEN_TO_BE_REPLACED 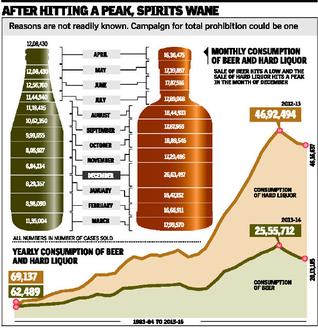 Call it coincidence or otherwise, even as political parties are demanding implementation of prohibition in the State, sale of beer across Tamil Nadu has dipped since 2013-14 and that of Indian-Made Foreign Spirits (IMFS) since 2014-15. 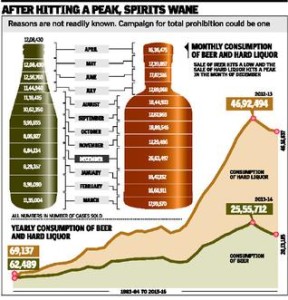 There have been attacks on liquor shops, protests by activists during the last year, demanding implementation of prohibition in the State. While the beer sales recorded the lowest in the last 10 fiscals, the IMFS sales started to dip from the following fiscal. END_OF_DOCUMENT_TOKEN_TO_BE_REPLACED

An analysis of the statistics on the sale of IMFS and beer since 1983, when the Tasmac was established, has throw up interesting details on the drinking habits in the State. END_OF_DOCUMENT_TOKEN_TO_BE_REPLACED

Singha is the national beer of Thailand, made by a German brewmaster. Tourists and locals love the taste of an ice cold Singha beer, and it’s export helps travel and tourism awareness for Thailand. END_OF_DOCUMENT_TOKEN_TO_BE_REPLACED

In 2015, Tsingtao Brewery Company Wuwei output  more than 10 million liters of beer and moved from the category of small breweries into the category of medium-sized enterprises. END_OF_DOCUMENT_TOKEN_TO_BE_REPLACED 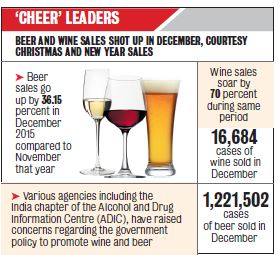