GAB MD Hans Essaadi said despite having a new parent entity, GAB is committed towards its business model which has propelled it to become a leading brewer in the market with a strong product line.

“We also do not expect any rebranding or renaming by GAB post-Heineken acquisition. GAB has always been a local entity. The advantages of being a locally listed company are enormous. Although we have foreign owners and shareholders, we are perceived as a local brewer.

“With the Guinness, Anchor and Tiger brands, we are perceived as a fantastic local brewer and we want to stay that way,” he told The Malaysian Reserve last Friday. 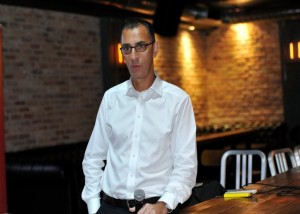 Heineken now wholly owns GAPL, which in turn holds a 51% interest in GAB.

GAB produces and sells a portfolio of beers and non-alcoholic malt beverages including Tiger, Anchor, Guinness and Malta brands.

GAPL, on the other hand, is the licensee for Guinness and ABC Stout distribution for the Singapore market.

GAPL was one of the two joint ventures that Amsterdam-based Heineken had taken control of in a deal worth US$781 million (RM3.38 billion) in October.

That purchase effectively raised its stake to 73.3%.

Due to the changes in stakeholding, he said GAB is migrating its information technology system to suit Heineken’s.

“It would keep our people busy in the short term. But we are trying to make the integration as seamless as possible,” he said, adding that the integration requires minor adjustment at the company level.

Meanwhile, Essaadi said GAB has inked a long-term brewing and distribution agreement with Diageo plc, for the former to continue brewing and marketing Guinnessbrand beverages.

“The ownership change was a significant step for GAB. But the Guinness products are still very important for us, and Heineken is fully aware of that,” he added.

On projections for 2016, Essaadi said it would be a tough business environment for fast-moving consumer goods (FMCG) companies like GAB.

He said the Goods and Services Tax and political landscape are among the reasons behind the weak market sentiments.

“If you listen to the market, it is telling you that it’s not easy out there. People are quite scared and that depresses consumer demand.

“When we talk to competing FMCG companies, they all feel the pressure,” he said.

However, he said GAB’s business is quite resilient with a strong market position to absorb any drop. GAB recorded a 15.6% year-on-year increase in net profit to RM63.1 million for the first-quarter ended Sept 30, 2015.