British alcoholic beverage company Diageo has introduced a nonalcoholic version of its famous Guinness beer in Indonesia called Guinness Zero. The new beverage was launched exclusively for the Muslim-majority country after the government banned the sale of beer in convenience stores in April. 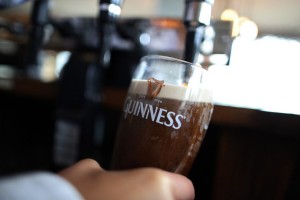 Diageo, the world’s largest spirits company, has reportedly struggled to prop up sales in Indonesia after conservative influences and concerns around underage drinking prompted the government to ban the sale of drinks with an alcohol volume of under 5 percent , mainly beer, in convenience outlets and other small stores. Diageo will continue to sell its regular brew in large supermarkets and restaurants, and advertise the Guinness label in minimarkets.

Traditionally liberal minimarkets and small retailers accounted for about 60 percent of all beer sales in the country, the Wall Street Journal reported. And, since the ban, sales of Guinness and Diageo’s other alcoholic beverages have fallen 40 percent in the Asian country year-on-year, Graeme Harlow, managing director of Diageo.

According to Harlow, Guinness Zero – marketed with the tagline “bold taste, zero alcohol” – is also aimed at customers of the regular Guinness beer. For example, men looking for a “masculine” drink while avoiding alcohol in a society where drinking is often taboo, Harlow added.

Guinness Zero ABV was initially launched on a trial basis in September as Diageo set about looking for new ways to boost sales following the clampdown. So far, the company has invested about $1 million to launch Guinness Zero and is planning a new facility to produce the drink locally, according to the Financial Times.

The company had earlier called on the government to postpone the controversial sales ban by 12 months so it could have more time to devise ways to address the government’s concerns and find a replacement distribution model, as large areas of Indonesia do not have access to supermarkets that are allowed to sell beer. Diageo has about 15 percent of the Indonesian beer market.

Guinness Zero is not the company’s only alcohol-free drink. Diageo markets zero-alcohol drinks like Kaliber in the U.K., and Malta in Nigeria.