A resolution on the prohibition of the consumption of beer, wine and other alcoholic beverages at state establishments of the region before and after Lunar New year has been issued in the Vietnamese province of Kon Tum. 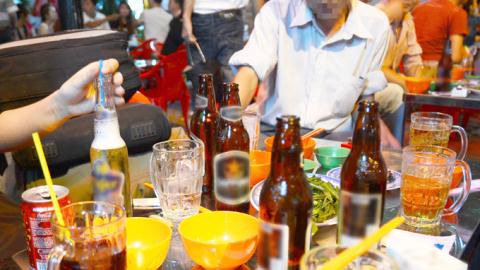 According to the Deputy Chairman of Kon Tum, Nguyen Duc Tuy, previously civil servants and officials were allowed to drink light wine on New Year’s Eve and after it, however, a new regulation eliminates any alcoholic beverage.

The purpose of this regulation is to prevent accidents caused by drunk driving. The resolution No. 1663 of the Committee of the province on prohibition of consumption of beer and other alcohol has been in force  since January 2015, however, the problem has not been completely solved.

Wine and beer are prohibited, so drink tea, milk and soft drinks! This is how the head of the province offered the employees of state services to celebrate the New Year. By and large, it doesn’t matter with wine or tea in hand you congratulate others.

Vice-Minister emphasized that it would be difficult to impose the idea of replacing beer and wine with milk with a help of propaganda, therefore, measures are being taken at the legislative level.

The text of resolution in Vietnamese can be found here.