In a sweetheart deal, flamboyant businessman Vijay Mallya today quit as Chairman of United Spirits after its new majority owner Diageo agreed to pay Rs 515 crore and absolve him of all liabilities over alleged financial lapses at the company founded by his family.

He has also resigned from his position as a director of Royal Challengers Sports and Four Seasons Wines. 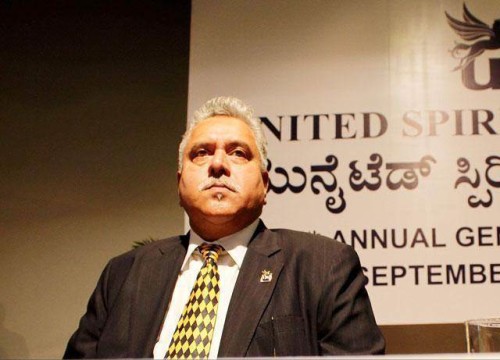 Mallya, who along with his group firms is fighting ‘wilful defaulter’ tags given by various lenders in relation to loans taken by long-defunct Kingfisher Airlines, said he would now “spend more time in England” closer to his children.

For son Sidhharth also, he has managed a sweetheart deal, with Diageo agreeing to retain him as Director of the USL Group firm that runs the RCB cricket team of IPL cricket tournament for at least two years.

Mallya himself has agreed to resign from boards of all USL group firms, including as Chairman and non-executive director of United Spirits Ltd (USL). He would become ‘founder emeritus’ of USL and Chief Mentor of RCB.

Announcing his resignation, Mallya said, “The time has now come for me to move on and end all the publicised allegations and uncertainties about my relationship with Diageo and USL.

“I am pleased to have been able to agree terms with Diageo and USL. The agreement we have reached secures my family legacy.”

Giving details of the agreement, Diageo later said in a statement that Mallya will have no “personal liability” to the UK-based company in relation to the findings of the alleged financial irregularities at the company that had triggered an acrimonious fight between them.

These allegations, which surfaced after an internal inquiry, related to the period before Diageo acquired controlling stake in USL from the Mallya family in a multi- billion dollar deal.

Diageo said it has “agreed to pay USD 75 million to Mallya in consideration for his resignation and termination of his appointment and governance rights and his relinquishing of the rights and benefits attached to his position as Chairman and non-executive director”, among other factors.

Diageo said it will pay USD 40 million of this amount immediately with the balance being payable in equal instalments over five years.

The payment is also for “his agreement to five-year global non-compete (excluding the UK), non-interference, non-solicitation and standstill undertakings, and his agreement that he and his affiliates will not pursue any claims against Diageo, USL and their affiliates”