United Breweries gained 1.1% to Rs.852 on BSE. Around 4.5 lakh shares were traded in a single block at Rs. 327.45 on the NSE. Heineken buys additional 21 Lakh shares in United Breweries, as per media reports. 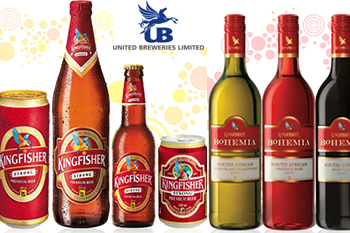 United Breweries, who was seen as a likely candidate to buy the Kingfisher Airline brand, has said that it is not interested in owning the carrier’s label, according to media reports.

The promoters holding in the company stood at 74.68 % while Institutions and Non-Institutions held 20.04 % and 5.29 % respectively.

The stock is currently trading below its 200 DMA.