With 99% of the local beer market dominated by five major makers, it’s little wonder that Japan’s craft brews don’t always get the recognition they could at home. 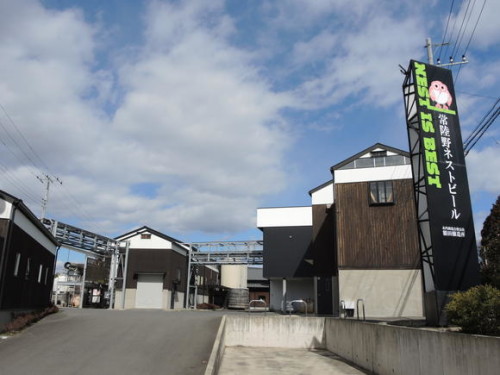 But it’s a different story in overseas markets, where Kiuchi Brewery is busy writing its own chapter of growth.

Sporting an iconic owl mascot and bold, English-heavy labels, Kiuchi Brewery’s Hitachino Nest line of beers is often mistaken for imports by Japanese drinkers. And yet it is their “Japanese-ness” that has helped make these beers a hit elsewhere in Asia.

In Singapore and Bangkok, it is not difficult to find restaurants that offer Hitachino Nest on tap, and locals are lapping it up.

“Japanese ingredients like local rice and malt mean the beer goes well with Asian food, unlike the same kind of imported Western beer,” said a 29-year-old Thai man who has been a big fan of Hitachino Nest since he first came across it at a restaurant in Bangkok. In his opinion, “Hitachino is a mixture of East and West.”

According to the National Tax Agency, Japan had 173 craft beer makers as of March 2014. A survey from corporate credit researcher Tokyo Shoko Research in 2015 showed at least 22 makers export their wares.

Kiuchi has partnered with about 30 foreign distributors, and Hitachino Nest is now sold in more than 30 markets. Its total overseas annual sales volume is 3 million bottles (330ml per bottle), or roughly 1,000kl. That’s an impressive figure, considering that 77% of Japanese craft beer makers produce less than 100kl a year, according to the National Tax Agency.

Kiuchi’s headquarters is in Naka, Ibaraki Prefecture. Located two hours from central Tokyo, Naka is typical of smaller Japanese cities: It has a population of just 54,000, and there are no tall buildings to interrupt the view of houses, farms and rice fields.

From the outside, Kiuchi’s office and factory have the appearance of a traditional wooden building. The people and the facilities inside, however, are anything but old-fashioned. The factory is mostly automated, and the staff, wearing owl-emblazoned jerseys, welcome guests for tours.

Indeed, the company has a history of adapting to change.