Although Dutch brewer Heineken is the biggest stakeholder in United Breweries, joint venture partner Vijay Mallya has the right to choose his successor as chairman of the company, according to the terms of a 2009 agreement. That will need to be amended if Heineken wants to pick its own nominee, said several people aware of the matter. 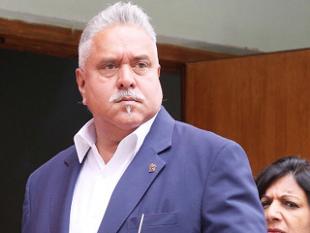 Diageo, which controls United Spirits, recently reached a $75 million agreement with Mallya for his exit from the company. Mallya is under pressure from lenders and investigative agencies over more than Rs 9,000 crore in dues stemming from loans to Kingfisher Airlines, the carrier he promoted.

Heineken now has a 43 per cent stake in UB compared with Mallya’s 32 per cent in 2009, both had 37.5 per cent each. After raising its stake recently to 42.2 per cent for 24 million euros, Heineken said the move would not change UB’s governance structure. However, analysts said the deal is being regarded by many as a possible move to take control of UB.

To be sure, relations between Mallya and Heineken are said to be cordial in the absence of any ownership or financial tussle between the two, said people aware of the matter. It’s also understood that Mallya’s chairmanship will remain unchallenged even if his stake fell.

The situation may change if regulatory issues arise over his continuance as chairman, said one of the persons cited above.

“If the regulator challenges his role at UB, that is the only time Heineken will take a call,” the person said. “And that would call for reworking the agreement.”

The Dutch company has first right of refusal on any shares that may be sold by Mallya or pledged equity that lenders may want to dispose of, according to an informal understanding, said people aware of the matter.