Bihar will join the select list of states practising complete or partial prohibition with the ban on country liquor coming into force on Friday as part of chief minister Nitish Kumar’s poll promise to stop sale of alcohol. 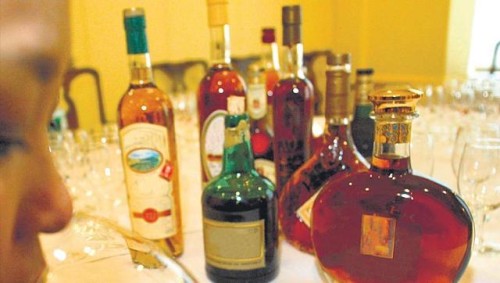 The partial ban would not cover the sale of Indian Made Foreign Liquor (IMFL), which would be available in 656 shops within urban limits, but not in rural areas, of the state’s 38 districts. This would bring about a sharp reduction in the number of total liquor outlets, which stood at 6000 till March 31.

“We have made all arrangements to implement a total ban on sale of country liquor. The government would act tough against those involved in making spurious liquor,” excise minister Abdul Jalil Mastan had said pointing to the bill introduced in the Bihar assembly on Wednesday.

Bihar had tried its hand at prohibition in 1977-78 during the regime of Karpoori Thakur, but failed to implement it effectively.

Alcohol prohibition in India is in force in the states of Gujarat, Nagaland and parts of Manipur; as well as in the Union Territory of Lakshadweep. Kerala has been implementing prohibition in a phased manner since 2014.

Though the state would lose an estimated Rs 2000 crore of revenue from the ban on country and spiced liquor, the state government is unfazed. Bihar earned Rs 4000 crore from liquor sale in 2015-16.

“There could be a total ban on liquor in the next one year. We are doing it for a social cause and to save millions of households where women are subjected to domestic violence and family disintegration, besides facing social and health costs,” the chief minister had said.

Kumar has repeatedly talked about the positive social impact the ban would have, especially on women — his vote bank, to justify it.

He has underlined how women voters complained of rising number of drunkards and broken homes due to the liberal excise policy pursued from 2006 to 2015 during his earlier regime. It had paid rich dividends as the state’s revenue figure rose from paltry Rs 319 crore in 2005-06 to Rs 3650 crore in 2014-15.

The Bihar Excise (Amendment) Bill 2016 prescribes a death penalty for those engaged in sale and manufacture of illicit liquor and stiff penalties in case of deaths of consumers, or injury. Public nuisance by drunkards would invite jail terms and stiff fines.

The government has already started cracking its whip on people involved in the sale, transport, storage and consumption of illegal liquor to send a clear signal.

While 1839 persons have been arrested and sent to jail, the crackdown has resulted in the seizure of 8902 litre of country liquor, 1718 litre of illegal foreign liquor and 25,932 litres of illegally brewed liquor.

The government’s intention to implement the ban strictly is also manifested in the detailed action plan with the Bihar State Beverage Corporation Limited (BSBCL), which was previously a wholesaler, taking the new role of a retailer, weeding out private dealers in liquor business.

All the IMFL shops in urban areas will now be run by BSBCL.

State police headquarters have made station house officers (SHOs) solely responsible for ensuring the ban. The SHOs will be helped by chowkidars and dafadars at the ground level. Authorities have clarified that in case of any violation, SHOs will face action.

For an effective implementation of the policy, the production of rectified spirit has already been stopped in all distilleries from March 1 and from April 1 all of them will switch to production of ethanol from molasses.

The state, however, faces the challenge of checking the flow of spurious liquor from illegal units and neighbouring states and countries like Nepal, Bangladesh and Bhutan.

The partial ban is likely to have an adverse impact on Bihar’s hope to emerge as a brewery hub as the ‘uncertainty’ over an impending total prohibition has forced three beer companies to put their modernisation and expansion plans on hold.

These companies had set shop in Bihar to make it a production base for supplying low alcohol products to other states.

Politically, the ban appears to be a strategic move of the chief minister to consolidate his new constituency of three crore women electorate and also usher in a silent revolution of women empowerment through the formation of 10 lakh self-help groups (SHGS), which have been involved in enforcing the ban.

In July last year, the CM had mooted the idea of prohibition when women members of SHGs demanded its inclusion in the state vision document 2025.