The revenue of the State-run Tamil Nadu State Marketing Corporation (Tasmac) is expected to touch Rs. 30,000 crore during the Assembly election season. Currently, it has a revenue of more than Rs. 27,000 crore. 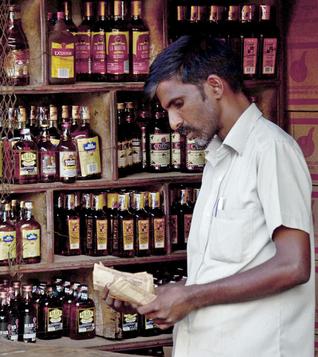 This year, liquor outlets across the city are already seeing a slight increase in demand. The exact estimates for February and March 2016 could not be obtained due to the Model Code of Conduct being in force. Statistics available with one distillery owner indicated that in January 2016 around 15.33 lakh cases of beer was sold in Tamil Nadu.

The cashier of a liquor outlet near Anna Salai said, “Beer sales were low last two years and now slowly improving. Maybe once the candidates list is announced, the sales might pick up because everyone gets into a celebration mode when the list is announced, during the campaign and when the results are announced,” he added.

Tasmac was established in 1983 by the then Chief Minister, M.G. Ramachandran. On an average, more than 70 lakh people are consuming liquor every day across various outlets in the State.