This might sound like something straight out of Ripley’s Believe it or Not if you were not in Tamil Nadu.

For tipplers here, though, the heat and elections combined together are a prescription for beer. That is why after two years, beer sales at The Tamil Nadu State Marketing Corporation Limited have gone up by 20 per cent. 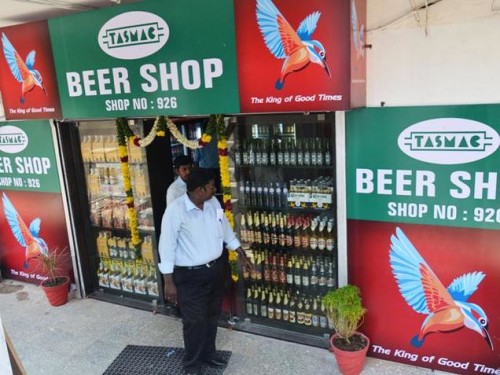 “Outlets which sold 50 bottles in February are now selling more than 100 bottles per day,” said one of the union members who wished anonymity. Exact figures could not be ascertained from Tasmac officials owing to the Model Code of Conduct being in force, but Tasmac union members confirmed that the graph is trending upward in the last 40 days, roughly coinciding with the onset of summer, and electioneering.

Of course, there are other reasons too, industry observers say. A SWOT (Strength, Weakness, Opportunities and Threat) analysis that Tasmac undertook a few months ago helped it strengthen its infrastructure and it is now reaping the fruits. Beer sales dropped last in 2014 (10 per cent) and 2015 (20 per cent).

There were other concerns too — one, beer needs to be served chill and Tasmac outlets had poor infrastructure. Secondly, not all brands are available in Tamil Nadu.

Tasmac, the cash cow of the State, has more than 6,000 outlets across the State where more than 70 lakh people consume liquor. Of this, more than 2,300 outlets sell beer. And yes, parties and their leaders continue to talk of prohibition.