Vijay Mallya, currently chairman of UBL, has also legally challenged the application of the new rules and its implication to his board position at UBL. 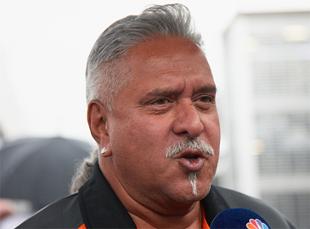 The independent directors on board of United Breweries (UBL), which has Heinekin and Vijay Mallya as the major shareholders, have sought legal opinion on the rules governing wilful defaulter.

Vijay Mallya, currently chairman of UBL, has also legally challenged the application of the new rules by capital market regulator on wilful defaulter and its implication to his board position at UBL. His contention is that he is a shareholder and promoter of the company.

“We have sought legal opinion to understand the Sebi notification and its implication on UBL and will decide on the course of action at our next board meeting,” Kiran Mazumdar Shaw, chair of Biocon and independent board member on United Breweries, said.

Mallya recently resigned from the role of chairman at other companies such as Sanofi and Bayer. The RBI directives restrict a company or a director who has been declared a wilful defaulter from raising debt. Likewise, the new Sebi regulations restrict the company and a director who is a wilful defaulter from accessing the capital markets, except under limited circumstances.

“Neither the RBI directions nor Sebi rules require a director who is declared as a wilful defaulter to step down from a company,” said Prem Rajani, managing partner of law firm Rajani Associates.

Officials close to Vijay Mallya said the notification is about nominating directors and the rule is not applicable to him as a promoter. Heinekin declined to comment on the subject, while Mallya did not respond to an email.

Relations between Mallya and Heineken are said to be cordial in the absence of any ownership or financial tussle between the two, said people aware of the matter. It’s also understood that Mallya’s chairmanship will remain unchallenged even if his stake fell.