Vietnamese craft beer brand, Pasteur Street has launched in the beer-loving city of Hong Kong with a public tasting taking place next week.

Following the trade tasting yesterday at The Ale Project (TAP) in Mong Kok, the beers will officially launch to the public from 4-5 August at the Bottle Shop Central in Bridges Street.

Pasteur Street is already available in Singapore and Shanghai and it is hoped it will be similarly successful in Hong Kong; a market that has grown to love craft beer and has in fact, proudly produced its own brands.

“Our team at Pasteur Street Brewing Company is very proud to be launching our beers in Hong Kong next week. After incursions into Singapore and Shanghai, this opportunity to share our beers with a new international market is both extremely exciting and rewarding for us. 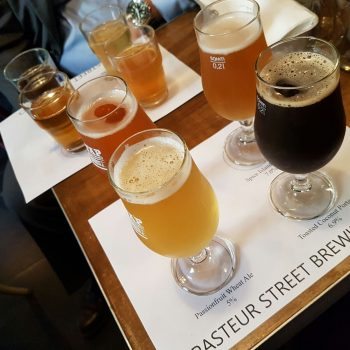 “The growth that we have seen in just under two years of brewing is a testament to the hard work and talent of our brewers and also to the growing thirst for proper craft beer in the southeast Asian market”.

Hong Kong’s upcoming Beertopia festival will also be the chance for Pasteur Street to stand alongside local and imported brands and see how it fares.

“Pasteur Street beers are hand crafted in Ho Chi Minh City and come with a great reputation and we thrilled to make them the latest addition to our ever-increasing portfolio.“