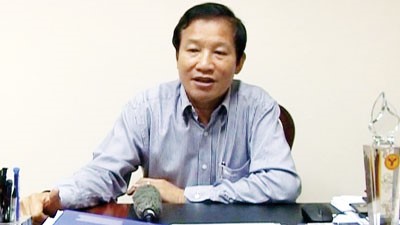 Xanh, who will represent the State capital in Sabecome, is also a member of the Sabeco Board of Directors.

Meanwhile, the former CEO Ha will concentrate in managing the State capital division and hold the Chairmanship of the Board of Directors.

At Vinamilk, he was appreciated for contributing to taking Vinamilk to the top of Vietnam’s milk market.

Xanh is one of the four representatives of the State capital in Sabeco.

Sabeco personnel has recently attracted public attention after the Vietnam Association of Financial Investors (VAFI) questioned the Ministry of Industry and Trade’s appointment of Vu Quang Hai (born in 1986), son of former Minister Vu Huy Hoang, as a member of the Board of Directors of Sabeco, the largest beer producer in Vietnam.

Hai was said to be too young and inexperienced to hold such an important position at a large firm where the State holds a major stake.

However, the newly appointed CEO is said to be old enough to assume the post because under the current rules, he will retire next June.

By the end of 2015, the total assets of Sabeco reached VND21,571 billion. Currently, the Ministry of Industry and Trade is the largest shareholder in this corporation, holding 89.95% of capital.