The Bharatiya Janata Yuva Morcha unit of Kerala has said that it will not allow sale the sale of liquor through Kerala Beverages Corporation (BEVCO) outlets on the days of Uthradam (eve of onam) and Onam. 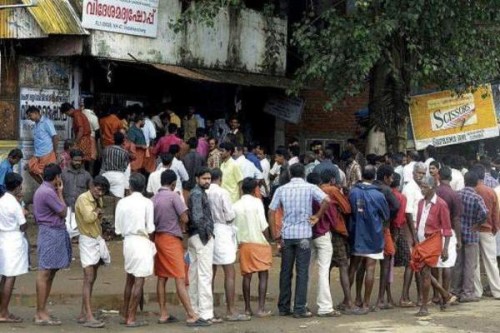 “We will not allow them to sell a single drop of alcohol on those two days. The government’s plan to gain more income during the festive season by selling liquor cannot be allowed. We will continue our protest till Onam day,” Yuva Morcha Kerala president KP Prakash Babu told The News Minute.

He added that besides picketing beverage outlets on Uthradam and Thiruvonam day, the Morcha would also adopt other methods to ensure the outlets do not open.

“Tomorrow onwards we will be conducting protests across Kerala, with the expectation that the government will open its eyes. Still if they open the outlets, we will picket the shops,” Babu said.

Babu also pointed that when all other officials get holiday for Onam only Kerala Beverages Corporation employees work on that day. “This is complete injustice and inequality that only BEVCO employees work on Onam day. They also have the right to celebrate the festival with their family. So our protest is also for them,” He added.

He said that the Morcha was confident that the families of drinkers will support them in their protest.

If the protest by Morcha becomes successful, this would mean a huge revenue loss to the government, as the income from BEVCO has always been at its highest during the Onam season. In 2015 the last two days of Onam week earned the state Rs 94.79 crore in revenue, while in 2014 it was Rs 83 crore.