Shortly before dark in the heart of Yangon’s bustling Chinatown, the neon signs for dozens of beer stations flicker to life. 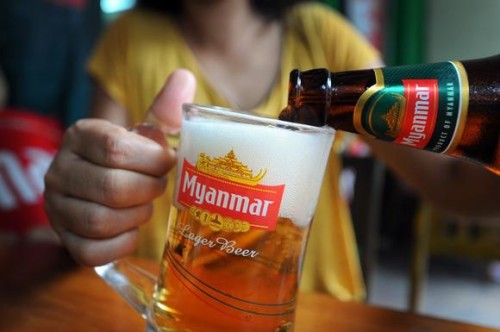 Until recently, the signs almost exclusively advertised the ubiquitous Myanmar Beer, but new logos have appeared on the street, representing the rapid changes in the country’s beer market. Almost every week there are rumors about another big foreign brewer reportedly eying entry to the scene.

Thilha Aung was sitting with a friend inside a Tuborg-branded beer station — one of three brands belonging to Carlsberg, which began brewing in Myanmar last year.

“Last night we drank Myanmar [beer], tonight it’s Tuborg,” he said. “It’s great that we have these options now, because we didn’t have them before.” 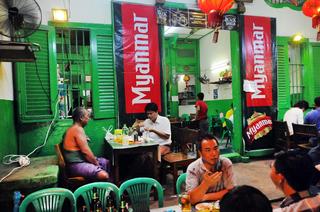 Myanmar Brewery Ltd., the maker of Myanmar Beer and other brands, dominates the country’s beer market. A report by Euromonitor International, a global market research consultancy, estimated in 2014 that Myanmar Beer’s market share was at 64%, followed by Tiger, the Singapore beer brand, at 18%, when the latter was then also being brewed by MBL under license.

Heineken and Carlsberg, the world’s third and fourth largest brewers respectively, have now hit the market, creating more competition. The two European brewers have established multimillion dollar breweries on the outskirts of Yangon.

In Myanmar, Carlsberg sells its flagship beer as well as Tuborg and Yoma, the latter a brand specifically brewed for the local market. Heineken produces and distributes four beer brands in Myanmar, including Heineken, Regal Seven (a local brand), ABC Stout and Tiger, the last two reacquired from MBL last year.

The acquisition of a 55% stake in MBL by Kirin Holdings last year has seen more brands added, with the company launching Myanmar Premium, Kirin Ichiban and Black Knight Stout.

Myanmar’s beer market is attractive to investors. Analysts tout rapid urbanization, a young population and a growing middle class. The country still has one of the lowest beer consumption rates in Southeast Asia, with per capita annual consumption of five liters, compared with 31 liters in Thailand and 36 in Vietnam, according to Heineken.

“Beer will continue to dominate in the industry, remaining the most popular and affordable alcoholic drink in the country,” noted Euromonitor, with beer expected to account for 90% of all alcohol sales in terms of volume and 65% in revenues by 2018.

“The number of beer consumers will increase as incomes rise,” said Martin Jancik, Myanmar country manager of advisory group Tractus Asia. He predicts Myanmar’s beer market will grow along a similar trajectory to that of Vietnam, which has seen a substantial increase in consumption.

Last August, Kirin acquired its 55% stake in MBL from Fraser and Neave, the Singapore food and beverage group. The remaining 45% is owned by the Union of Myanmar Economic Holdings Limited, a key military-run conglomerate. 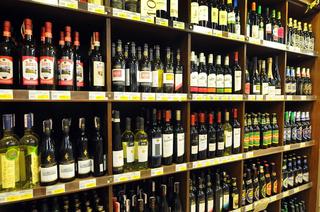 Takeshi Minakata, MBL managing director, told the Nikkei Asian Review that the company has about 65% of the beer market share, if illegal imports are included, and 80% of the legal market.

Its economy beer brand, Andaman Gold, is deliberately targeted to compete against the illegally imported beer. The Myanmar Beer brand remains a priority for the company “because it is a point of pride for us and Myanmar,” Minakata said.

After ABC Stout returned to Heineken’s portfolio last year, MBL countered with its Black Shield stout and this year introduced Myanmar Premium in the premium segment and Kirin Ichiban, a super-premium beer.

“Our Kirin Ichiban has been well accepted in the market so far,” Minakata said. The beer’s profile will be boosted by the growth of Japanese restaurants in Yangon. “We would like to leverage that at an early stage.”

Heineken helped MBL establish its brewery in 1995, but left a year later due to an international campaign to press foreign companies in Myanmar to exit because of the country’s autocratic military junta.

Last July, it opened a $60 million factory on the outskirts of Yangon as part of a joint venture agreement with local brewer Alliance Brewery Company, with Heineken holding a 57% stake. The company is in the process of expanding the factory’s capacity from 250,000 hectoliters per year, or nearly 76 million 330 milliliter cans, to 450,000 hectoliters, or around 136 million cans.

“We were thinking [the expansion] would happen within two years, so we’re ahead of schedule,” said Lester Tan, managing director of the joint venture, APB ABC.

“It’s tough to come up against a company that has such a large share of the market,” Tan said in reference to MBL. “So for us it’s about doing our own thing, focusing on the products we have.”

After Heineken left Myanmar, MBL took over the brewing of ABC Stout and Tiger before returning them to Heineken’s control last year. Tan said the company was still “ironing out” some issues regarding the handover of Tiger, but said he expects the brand will grow in popularity.

“[Tiger] is still available, but not in a large way at the moment. Within the Heineken group, Heineken is our best known beer but Tiger is one of the fastest growing brands. So there will always be a lot of effort going into the Tiger brand and that’s something we’re focusing on,” he said.

“It’s an exciting market, but it’s a tough market. You have ourselves and Carlsberg which established breweries here and then you have MBL. And MBL is not the same company that was here a few years ago. Kirin has invested a substantial amount of money and they’re going to want that back. So you have three big players fighting for their share. It’s a crazy market,” Tan added.

A thirst for new entrants?

Thai brewers may not be officially present in Myanmar, but Thai beers are illegally imported into the country. Euromonitor estimates that around 10 million bottles of beer are smuggled into the country each year from Thailand alone. According to Heineken estimates, the illicit trade market in Myanmar could be worth $300 million a year. This has led to speculation that ThaiBev, the producer of Chang Beer, might officially enter the market at some point.

Local industry sources cite reports that two big foreign brewers are interested in entering the Myanmar market, including in a joint-venture arrangement or production deal with an existing brewer.

“No one has made any public moves so it’s down to pure speculation at the moment,” said a specialist with knowledge of Myanmar’s beer market, who spoke to NAR on the condition of anonymity. “In the beer industry globally, M&A has been the theme in recent years, so big players will always be looking into a market. We can only speculate who the buy could be, a regional player like Singha, or one of the larger international players.”

While there will undoubtedly be opportunities for new arrivals into the Myanmar market, insiders warn that it will not be without its challenges.

“It will be difficult for other companies to come in,” said Jeremy Cunnington, senior analyst for alcoholic drinks at Euromonitor. “A key thing for brewers entering a new market is having the brewing and distribution capacity in place, such as buying a local brewer. This explains the glut of beer M&A activity [globally] over the past 15 to 20 years. It’s very difficult to start in a country with a green-field site.”

Tractus’s Jancik agrees that partnerships with local companies with production operations will be key for new entrants. “Majors like Heineken have gone to great lengths to capture the market through a local partnership. The large brands that produce the lager beers will compete on building or maintain brand position while also competing to attract price-sensitive customers. There is certainly a lot of room for growth.”

There has also been some room for confusion under the new government of de facto leader Aung San Suu Kyi. Shortly after her administration took power in April, authorities sent letters to proprietors saying that an existing but neglected law limiting the serving of draft beer would be enforced. Under the law, any outlet holding a license known as FL17 is barred from serving draft beer. “Officially you need an FL9 or FL10 license to sell draft beer and lots of beer stations don’t have this,” said Zita Schellekens, corporate relations director of APB ABC.

A FL9 license allows an outlet to sell draught beer that is produced by a domestic brewer and costs about MMK120 ($100) per year. A FL17 allows proprietors to sell bottled and canned beer and costs MMK240 ($200) per year in Yangon.

While many are now applying for the appropriate license, the government has reportedly said that none are available. It has given no reason for the move, although some speculate that the new government wants to be seen enforcing existing laws.

Schellekens noted that the issue has given the restaurant and bar business pause. “We anticipate and hope that this is a short-term issue. For the moment, we are working with our beer station business partners to see how we can help to overcome the issue together.”

Although some venue owners are sticking to the rules, many are unperturbed.

“No I don’t have [the FL9/10 license],” said one beer station owner who was selling draft beer. “But this is the way it’s always been.”