The brewers’ share debuts were originally scheduled by the end of 2016.

Listings by Vietnamese brewers Sabeco and Habeco could be delayed until the first quarter of 2017, a minister said, due to the completion of formalities and talks with existing investor Carlsberg. 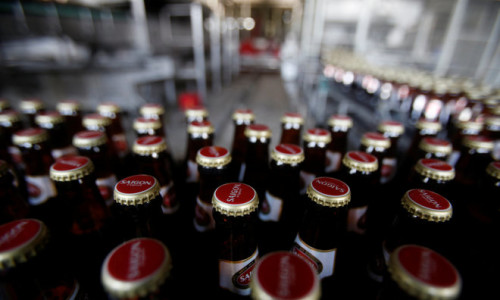 After the listings the government is expected to sell its stakes in the country’s biggest brewers, ultimately raising $2.2 billion as it loosens its tight grip over one of Asia’s most sought-after beer markets.

The brewers’ share debuts were originally scheduled by the end of 2016.

It takes 12 to 14 weeks for a Vietnamese company to complete all the requirements for listing, Deputy Industry and Trade Minister Hoang Quoc Vuong told a news briefing broadcast live by the government’s website on Tuesday.

“The possibility for these two firms to make a share listing in 2016 is difficult,” Vuong said in the broadcast.

“But their listings, if (there is) no delay, will be within the first quarter of 2017,” he said. He gave no specific dates.

Hanoi-based Habeco, 81.79 percent owned by the government and which brews Bia Ha Noi beer, has also been solving “some pending issues” with Danish brewer Carlsberg, its strategic investor, and the process is taking much time, he said.

Vietnam is Asia’s third-largest beer drinker by volume after China and Japan, putting it on the radar of Asian and European brewers keen to exploit changing lifestyles and one of the region’s fastest rates of middle-class growth.

Last month the government said it would sell 5.77 percent of Habeco to Carlsberg, which currently holds a 15.77 percent stake, while its remaining stake would be auctioned. The aim was to raise 9 trillion dong ($404 million) in total.

Known for its Bia Saigon and 333 brews, Ho Chi Minh City-based Sabeco – formally known as the Saigon Beer, Alcohol, Beverage Corp – commands 45 percent of Vietnam’s beer market and is valued at about $2 billion by Hanoi.

Sabeco has received expressions of interest from major foreign brewers lured by the size of the Vietnamese market, including ThaiBev, the flagship company of Bangkok’s billionaire beer magnate Charoen Sirivadhanabhakdi.