Making sense of Bihar’s anti-liquor laws, particularly after conflicting developments in recent weeks, has become harder for companies that operate in the state. 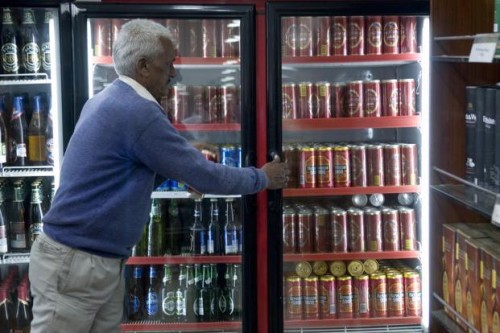 While the state government has allowed them to continue operating their factories (mainly to protect 13,000 odd jobs), it does not want them to sell their liquor there.

On 30 September, the Patna high court overturned the liquor ban imposed in Bihar on 5 April and termed the state’s prohibition laws “illegal”, “unreasonable” and “draconian”. Two days later, the state government came out with a fresh ban with harsher provisions, on the occasion of Gandhi Jayanthi.

The Nitish Kumar-led Bihar government also moved the Supreme Court against the Patna high court’s ruling on Monday. An urgent hearing has been set for Friday.

Caught in this uncertainty are companies such as United Spirits Ltd (USL), United Breweries Ltd (UB) and Globus Spirits Ltd which have factories in the state, and some other smaller companies which wanted to bring their spirits there.

Their dilemma can be summarised thus: Does operating in Bihar make financial sense?

“As an industry, it becomes very difficult as there are investments made in ongoing businesses as well as for employment,” said a senior executive at a leading beer maker, on the condition of anonymity. “These bans are unfair as there is no opportunity given to companies to recover money and adds to the issues that the industry faces,” the person said.

In an earlier interview, Abanti Sankaranarayanan, the business head of luxury and corporate relations of USL, warned it might have to make some tough decisions.

“What it does mean is our manufacturing footprint will get reduced because like in the case of Kerala and Bihar, we will have to get out of states where liquor ban has already happened. What else can we do?” Sankaranarayanan asked.

“In Kerala, for instance, the government was telling us not to close. But we said we have no option,” she said, adding that Diageo Plc-controlled USL plans to shutter its unit in the state if the anti-liquor rules prevail.

The owner of brands such as Royal Challenge and Signature whiskies and McDowell’s brandy employs around 250 people at its factory there.

USL has other plants that are self-sufficient and that helps in moving out operations from states like Bihar without slowing down production, its managing director and chief executive Anand Kripalu had said in a July conference call.

Some others want to stay, despite the hurdles that might arise when a company’s factories are away from its retail outlets.

United Breweries Ltd managing director Shekhar Ramamurthy is one of them. The company, known for Kingfisher beer, said the decision to stay in Bihar was financially viable.

Globus Spirits is “also still open to utilizing its factories in Bihar to sell to other states”, said Abneesh Roy, Edelweiss Securities Ltd’s senior vice-president in an interview.

Globus Spirits, which did not respond to requests for comments, sells Indian-made foreign liquor such as Country Club whisky, French Castle brandy and local blends such as Nimboo and Narangi.

“That’s a huge amount of money for a smaller state like Bihar. And of course, from this April it has gone down to zero (because of the ban),” Roy added.

The larger question is whether prohibition actually works in curbing alcohol abuse or ends up making things worse.

“As with the US and other countries who introduced prohibition, they have to roll it back. It doesn’t work. It only increases crime and black market liquor. It doesn’t allow the government to control the quality of liquor that comes in,” said Lisa Srao, chairperson and managing director of alcoholic beverage maker I Brands Beverages Pvt. Ltd.