After its trial run since 2014 in the Delhi market, Kaama Impex Private is all set to double the sales of its craft beer Witlinger in the country with a big marketing strategy planned for the current and next financial years (FY). 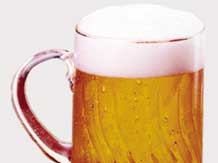 “We introduced the Witlinger beer in Delhi in 2014 in the draught form. It was launched in the bottled form since April 2016 and for this FY, we expect to sell 1.5 lakh cases across the region of our presence,” Anuj Kushwah, managing director and founder of Kaama Impex Private, told reporters in Panaji on Thursday.

He said the company is looking at a sale of 3 lakh cases during FY18 and expecting to double growth with expansion of markets.

Claiming that the Witlinger is a premium segment beer that is not for masses but for classes, Kushwah said the company, after Delhi and Goa, plans to reach out to Mumbai, Bengaluru, Chennai, Pune and Chandigarh markets in a strategic manner by the end of 2016.

“We are looking to capture 30 per cent of the premium beer segment,” he said, adding that the company owns the brand Witlinger, which is brewed in the UK.

“Indian premium beer industry is set to grow at 30 per cent year on year and craft beer will share the biggest chunk of this growth,” he further informed.

The company, which has presence in Goa, expects to sell 30,000 cases by March 2017, capturing 80 per cent of the state’s premium beer market segment.