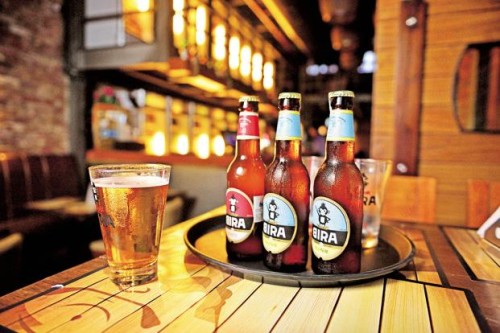 The growing interest of investors is primarily because of the huge market opportunity, experts say.

In 2008, there were just 23 microbreweries across the country and now there are 50-60, and many more are expected to come up, said Rohit Singh, managing partner at Dexter Capital Advisors. Maharashtra and Haryana were the first Indian states to allow microbreweries.

India is a market where per capita consumption of beer in India is still growing, say industry experts. Even in more mature markets like the US and Europe, the number of microbreweries has almost doubled in the past five years.

Craft beer is made in a traditional, non-mechanized brewery and sometimes contain local flavours and ingredients that are different from the standard formulation.

“So, it could be any variant, any local ingredients flavours which are brought in such as honey, coffee, cardamom, saffron and chocolates, etc. to give customers endless options to try. It is also an interesting trend that is picking up fast and will find takers especially in the larger cities and among younger people, who are open to experimentation and who have seen craft beer in the West,” said Pragya Singh, vice-president at retail consulting firm Technopak Advisors.

“Craft beer is known for authenticity and it is made in a traditional way. Which means that it is giving consumers a choice in terms of flavours and varieties. So, it taps into this ready market which is already adapted to beer and takes it to the next level,” she added.

“The consumer is looking for choice and indulgence, whether it is food or beverage. The top end of the market, which is looking to pay premium that is where this craft beer falls in,” Gupta said.

A large part of the craft beer market usually starts with microbreweries that are inside pubs. “One of the advantages of being on-site or from a pub kind of an opportunity, there is no need of distribution channels, large investments in brand building to make the product a success,” he added.

“The growth in the craft beer segment is almost 1000%. We feel that it will be 10% of the size of the overall beer market in five years from now,” said Rahul Singh, founder and chief executive officer of The Beer Café.

So, what is fuelling such hyper growth? “Reason for that is people are actually enjoying their drinks rather than just drinking it. Taste and flavour have become far more important than just drink. Beer was always a young social college drink. Craft beer has added flavour in the taste and the palate worldwide,” said Singh.

To take advantage of the rising demand for craft beer, several microbreweries have opened in India over the last couple of years and a few existing brewers have strengthened their presence with the launch of new variants.