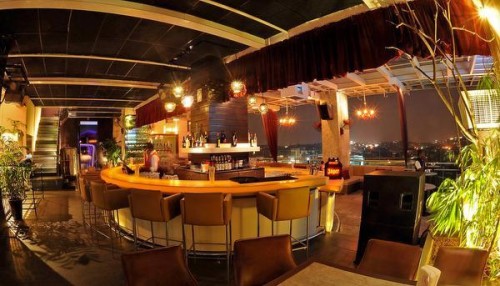 Who are we? Hyderabadis. What do we love? Be seen in new places. When do we go there? Abhich. Where are we heading now? Microbreweries.

The city’s old watering holes are facing a threat from microbreweries. So far we have only envied our neighbouring city Bengaluru for them. These days, ask any youngster where he is heading to for some fun and the reply is likely to be “lets try a microbrewery.”

We really had to wait to flaunt the options of fresh beer. The wait was however worth it, because the growing number of breweries in Hyderabad is a clear case of ‘wait and you shall be rewarded’. With liquor license given to open almost a dozen microbreweries, the city is bound to go up in popularity ratings among visitors seeking a nightlife here, in addition to savouring its Nawabi lifestyle.

To those uninitiated, or simply curious, a microbrewery can be best described as a place that brews small amounts of beer on its own, for sale to customers on the premises. Naturally, they are much smaller than mass-market breweries. Often these are independently owned.

What makes tasting beer from a microbrewery a different experience is the technique, that goes into making a fresh brew. Besides the freshness, its ‘no glycerine’ factor makes everyone prefer a drink at the microbrewery. The latest to join the bandwagon of microbreweries is Over the Moon (OTM) at Madhapur. Its open air ambience, regulars say, lifts the mood and adds to the entire drama. Throwing light on the technicalities of brewing and the use of water, Sanjay Batla says, “With RO and DM methods of treating water, the TDS and hardness level has to be brought below 10 and the ph level maintained at 7. Each brewery then will have its own flavours of beer where wheat is a common ingredient.”

Prost, Jubilee Hills, with its various levels of seating, is another frequented brewery which may not have an open ambience the advantage of a good view but the green interiors somewhat makes up for it.

Another microbrewery that’s coming up is Olives this month, another one at Gachibowli by February owned by the 10 Downing Street group.

Discussing the flavours, Sanjay says that though each brewery might serve the same flavours, the taste will differ from place to place, owing to the brewer, “Somewhat like the taste of dishes varying from one cook to another . The other common flavours that are served in Hyderabad, besides wheat, are Lager, Pilsner, English Ale, Stout and Apple cider. In wheat the two types are Belgium and German.”

Nikolai Winkler, a master brewer who is currently brewing October fest Lager, English Ale, German Wheat, Irish Stout and Amber Ale, says he loves his time in the city, serving and educating beer lovers on the different techniques of brewing and the resultant flavours of beer brewed at the microbreweries here.