The GEA and Siemens technology groups are announcing their cooperation on a Module Type Package (MTP) digitalization project at the SPS IPC Drives automation exhibition in Nuremberg (November 27–29, 2018). MTPs functionally describe the properties of process modules independent of manufacturer and technology. Using the keyword “standardization,” the partners are using a Plug & Win separator as an example to demonstrate how the standardized exchange of data between the automation system and the engineering system leads to shorter time to market, greater flexibility, improved product quality and efficiency. (Siemens AG stand at SPS IPC Drives, hall 11)

If machines and platforms could speak “MTP”

The MTP project adds an important process perspective to the theoretical preparations achieved so far by working groups such as Namur, ZVEI and VDMA. For this, Siemens is providing both a superior process control system and modular automation system, whereas GEA is acting as the practice partner with its outstanding application expertise. “We have been producing modular products for more than 20 years, because every single component – be it a separator, a homogenizer, a pasteurizer or drying system – has to be integrated into the higher-level automation system of the entire facility,” explains Matthias Wiemann, Head of Automation and Controls for GEA separators. “If both the control system and the components to be connected were talking the same ‘language,’ it would run as smoothly as a printer connected to a PC using a printer driver.” The common language for this should be the MTP information protocol. MTP would then be a standardized interface, with intelligent machines integrating everything in an overall system, which could, for example, adapt production capacity flexibly. 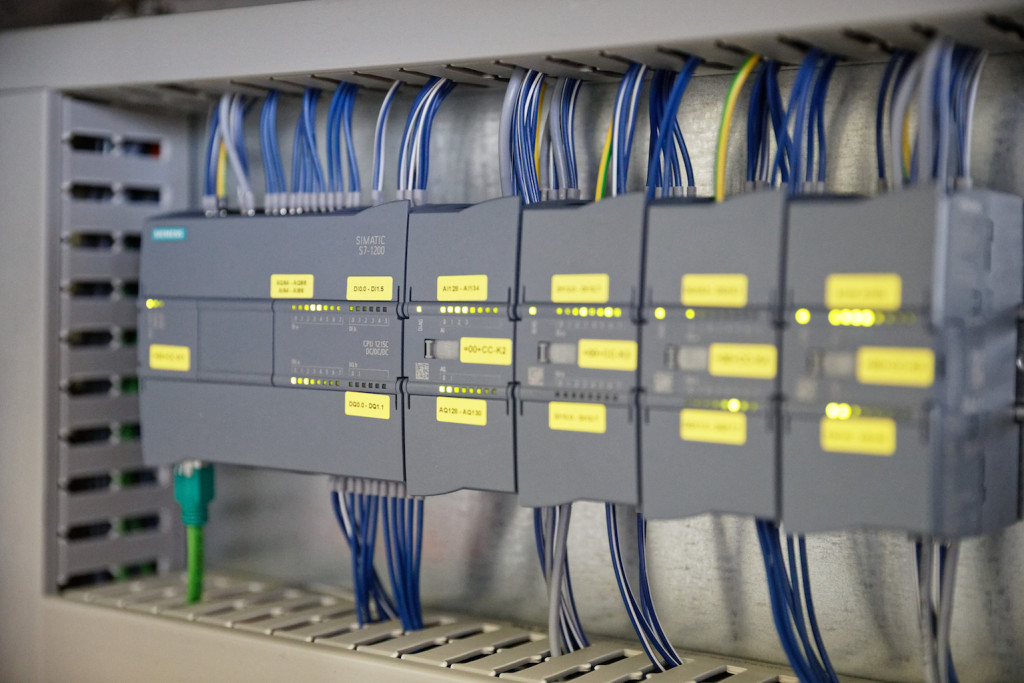 While Siemens’ Open Platform Communications Unified Architecture (OPC UA) has already established itself as an open, Ethernet-based standard for machine communication, the MTP interface is designed to provide information on all module properties, status descriptions, stylesheet illustrations on the control panel, diagnostic tools and for alarm handling. Instead of troubling the customer with a long data exchange list and hardware contact descriptions to integrate the machines into the higher-level system, MTP eliminates the need for a system integrator. “MTP enables continuous, secure data management, accommodating the user’s desire for flexibility and documentation. Thanks to MTP, the customer sees the right information in the right place,” explains Wiemann. “This is a level of transparency that we must of course allow for,” says Christoph Schröder, responsible sales engineer at Siemens. “The advantages for users are undeniable.” This way, the visualization and operation are uniform throughout the system, regardless of the manufacturer. The higher-level system then controls the individual components in the overall process.

This interaction provides a new world of flexibility: Processes can be changed with little effort, modules can be added or removed, and thus production quantities can be adapted very efficiently. Using MTP, manufacturers can respond to market demands at very short notice. “End customers benefit from both increased flexibility and a substantial reduction in time and costs spent on engineering, commissioning or on production or process adjustments,” notes Uwe Börner, Siemens corporate account manager for GEA.

For decades, GEA customers in the chemical and pharmaceutical industries, as well as in food production, have come to expect a high degree of automation, due solely to the requirement for batch traceability. The innovation lies in the seamless process integration into the higher-level control system – despite very different operating philosophies. Depending on plant complexity, the cost of internal project planning and commissioning is often still a significant cost factor for users.

GEA is already benefiting today by using MTP: “We’re not just module builders, but above all plant manufacturers. GEA supplies turnkey plants equipped with a large number of our components. In the future, we will be able to realize plant projects much more quickly using MTP for system integration,” says Wiemann.

MTP to become an industry standard

Siemens and GEA have ambitious plans to make MTP the industry standard. “Are we going to let ourselves be carried along, or do we want to lead the way?” adds Schröder. “Siemens and GEA have decided to be innovation drivers. We see our partnership as an incubator for this interface – whether we call it standardization, automation, modularization or digitalization. It’s an interface that translates into digital solutions for the user and the market.”

GEA is one of the largest suppliers for the food processing industry and a wide range of other industries that generated consolidated revenues of approximately EUR 4.6 billion in 2017. The international technology group focuses on process technology, components and sustainable energy solutions for sophisticated production processes in various end-user markets. The group generates around 70 percent of its revenue in the food and beverages sector that enjoys long-term sustainable growth. As of December 31, 2017, the company employed almost 18,000 people worldwide. GEA is a market and technology leader in its business areas. The company is listed on the German MDAX (G1A, WKN 660 200). In addition, GEA’s stock is included in the MSCI Global Sustainability Indexes. Further information is available on the Internet at gea.com.