Carlsberg India has shaken the organised beer market by more than doubling its share in a short time. Can it dislodge the rivals amidst intense competition?

There are three undisputed facts about the Indian beer industry. One, brand Kingfisher continues its dominance even after a decade making United Breweries (UB) the market leader. Two, the size of the beer market has virtually doubled every five-and-a-half years. And three, Carlsberg, the world’s fourth-largest brewer, has more than doubled its market share — albeit from a low base — when rivals have just been able hold their position. 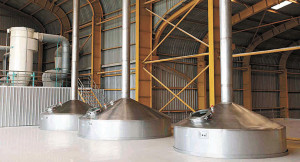 Growth is coming from multiple areas. Erosion of the national market share of smaller/regional brands due to lack of investment or price fluctuation across states is one reason. The expansion of microbreweries and brew pubs contributing to the growth is another.

Brands like Tuborg and Carlsberg are increasingly finding shelf space along with the likes of Kingfisher, Foster’s, Hayward and Golden Eagle, among others, especially in urban centres where open-minded consumers are experimenting with wheat beers, ales and expensive brands like Stella Artois, Leffe Blonde, Hoegaarden and Corona.

Higher liquor taxation in Haryana, Maharashtra, Kerala and other states too has forced consumers to shift to strong beer, which continues to corner more than 80 per cent of the total beer sales in India. Therefore, Carlsberg Elephant is giving stiff competition to the likes of Kingfisher Strong and Knockout that continue to dominate the strong beer category. According to Ankur Bisen of Teknopak Advisory, people tend to drink beer for refreshment in the western countries but in India, the consumers are looking to get a high.

Fuelling the growth of beer are changes to the liquor policy in states such as Kerala and Bihar where the call is to ban liquor with high-alcohol content such as whiskey and rum. According to Shobhan Roy, director general of All-India Brewers’ Association, states like Kerala are moving towards beer and wine after the implementation of the new liquor policy. As opposed to a maximum alcohol content of only 8 per cent in beer, hard liquor has 42.5 per cent alcohol content which is becoming a big no-no for such states.

Sample this: In 2013, Carlsberg India’s market share stood at 7 per cent. Today it stands at 15 per cent, behind 26 per cent share of SABMiller India. Carlsberg India’s performance stands out for its high double-digit growth amidst a slowdown in the beer industry due to bad monsoon, weather changes, price fluctuations and varied taxation issues across states.

Michael N. Jensen, managing director of Carlsberg India, says the success is due to brand Tuborg. “We’ve seen immense success with brand Tuborg, which is now the number two beer brand in the country.”

Innovative marketing, pricing and distribution strategy also paid dividends for Carlsberg India. In November 2015, Cees ‘t Hart, president and CEO of Carlsberg, speaking to analysts said in a conference call, said the company’s Indian business, year-to-date, grew 41 per cent in a market that was growing at an estimated 3 per cent. “Tuborg grew 47 per cent, and our total market share was around 15 per cent, the highest level ever,” he said.

But rival SABMiller India says it does not attach too much value to the national market share numbers. “Our strategy of focusing on a diverse portfolio is working very well for us. We look at our growth on a state-by-state basis,” says Shalabh Seth, managing director, SABMiller India. Be that the case, UB, the promoter of Kingfisher brand says: “Our national market share in FY15 exceeded 51 per cent, which is double the size of the nearest competitor.” This means, SABMiller’s national market share in the same period would be between 25 per cent and 26 per cent, down from the high of 27 per cent in 2009, as per a recent report by Euro Monitor.

The Euro Monitor report says that the average unit price of beer rose 8 per cent overall, with off-trade and on-trade prices rising by nearly the same levels. This has mainly been possible due to increased costs of production, inflation and high tax regime in states like West Bengal, Rajasthan and Andhra Pradesh.

SABMiller India is giving a tough fight to Carlsberg with its proven brands like Haywards 5000 and Knockout behind Heineken-backed UB that is riding high with brand Kingfisher. SABMiller has maintained its strong number two position on the back of brands such as Foster’s and Royal Challenge Premium, which the company classifies as the mainstream mild beer segment.

“We repositioned Foster’s last year to deliver on the consumer need for ‘extra-cold’ refreshment and also launched Foster’s Gold (the strong beer variant of Foster’s). Very recently, we have also launched Haywards 5000 BOLD in Haryana, Madhya Pradesh, Puducherry, Maharashtra, West Bengal and Karnataka. It is a classic strong beer that is brewed 48 hours longer than regular beer. We are confident it will take the legacy of the brand forward,” says Seth. The company claims that in the premium beer segment, Miller High Life has performed remarkably well and is the fastest growing premium brand in India. In the super-premium international category, SABMiller says Peroni Nastro Azzurro is again one of the fastest growing brands in India. UB says Heineken is the fastest growing brand in its portfolio which is now available in over 15 states. But Carlsberg says with Tuborg Strong and Carlsberg Elephant, it has pioneered the super-premium strong beer segment giving tough competition to rivals.

But what is fuelling the growth? “Beer is getting popular among youth because of lower alcohol content. Lifestyle shifts across bigger cities are another reason for its growth and popularity. Carlsberg’s growth story can be explained as ‘base effect’ — smaller volume tends to reflect higher growth,” says M. Nitin, a senior analyst with a leading research firm.

The growth of beer in India is also due to the widespread growth of off-trade channel called ‘wine shops’ which account for 79 per cent of volume sales. To bolster its current lead, Carlsberg India and its subsidiaries have established seven strategically located breweries across India. It has entered local co-packaging associations in Uttar Pradesh and Tamil Nadu. “We’re optimistic about the expanding market and the industry’s growth in the coming years and hope to grow further in the Indian market,” says Jensen. In May 2013, Carlsberg India acquired its sixth brewery in Dharuhera, Haryana and its seventh in Prakhand Bikram in Patna. In August 2014, Carlsberg said it will invest Rs 200 crore in India. “Money is not a problem for us. India is a growth market and investments will be made wherever and whenever required,” says Jensen.

Even Seth of SABMiller India is bullish. “We see a huge opportunity in India as the beer consumption is rising with more consumers open to experimentation today. Beer is also gradually shedding its seasonality and coming to be accepted as an all-year drink,” he says. UB is constantly augmenting capacities in Rajasthan, Bihar and Uttar Pradesh to maintain its position.

Will the upward growth trajectory continue for Carlsberg India? AB InBev, the world’s largest brewer and the maker of Budweiser and Corona, is planning to bring more of its international brands to India. At present, it is importing its premium brands such as Stella Artois and Hoegaarden and bottling Budweiser in India at its two plants in Maharashtra and Telangana. It is expected to pose a challenge to all three existing players.

SABMiller is backed by 10 owned breweries and five contract manufacturing operations covering all critical markets. “We are well placed to service all markets quickly and efficiently and we will continue to invest in future capacity in profitable markets,” says Seth. Complicated taxation is another common enemy of all players because alcohol-related matters are constitutionally delegated to state governments which results in 36 different excise regimes. Both Jensen and Seth point out that on a per ml of alcohol basis, beer is taxed higher than spirits (Indian-made foreign liquor) and country liquor. Then there are the constant influx of microbreweries in developed markets of Delhi, Mumbai, Goa, Gurgaon and Pune, among others, posing constant challenge to all players.