Chinese people may be shifting away from traditional alcoholic drinks like baijiu, an industry already hit hard by Beijing’s crackdown on corruption, but top distillers like Kweichow Moutai still offer a good investment opportunity, says a new Macquarie research report. 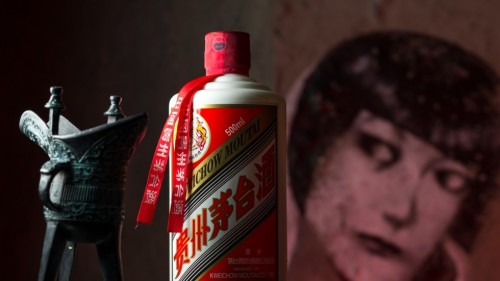 Macquarie rates the nation’s top distillers, including the Shanghai-listed Kweichow Moutai, and Shenzhen-listed Yanghe Brewery as “outperform”, tagging the first as its top pick among China’s alcoholic beverage companies.

“We consider Moutai a good defensive play in a weak market, given its continuing recovery in earnings growth, strong balance sheet, and cheap valuation,” Macquarie analysts led by Chen Zibo said in the report.

“We see potential ex-factory price hikes a share price catalyst. 10 per cent hike in average selling price would lead to 15 per cent increase in earnings, according to our sensitivity analysis.”

The growth of China’s alcoholic beverage industry has slumped since 2012, with Beijing stepping up its crackdown on corruption and extravagance. But the baijiu market still grew 12 per cent a year by value and 7 per cent by volume during 2012-2014, making it the most resilient performer among all major categories in the alcohol industry, far outperforming the nation’s beer market.

“We expect Moutai’s net profit to gradually recover to 11 per cent and 10 per cent growth in its financial year of 2017 and 2018 respectively, compared to 5 per cent in 2015, mainly driven by volume growth in the high-end market on the back of product mix upgrades and its outstanding brand equity,” the report said.

The potential for an ex-factory price hike, and the ongoing reform of state-owned enterprise could provide a positive surprise to the earnings forecasts, the report said.

“We expect Yanghe’s net profit to grow by 13 per cent in financial year 2016, 16 per cent in 2017, and 16 per cent in 2018, higher than the estimated growth for Moutai, thanks to its strategic focus and strengthened leadership in the fastest growing, mass- and mid-end segments,” the report said.

But according to Elephant Magazine, a popular China-based encyclopedia-style e-magazine, the outlook for the sector is bleak as baijiu drinkers “would have no successors”.

“High-end baijiu revived only in 2015 as Chinese families sharply cut down the consumption of the drink in the last three yeas,” said one of its recent reports, pointing out that healthier diets and a more Western lifestyle marked by alcoholic drinks such as wine are keeping more and more Chinese away from baiju.

“Half of the main consumers who drink baijiu more than once a day are above 45, and 44 per cent of them are positioned at the bottom of the society. Baijiu consumers in China are dying.”

But analysts say it is wrong to undervalue competitive companies even in a sunset industry. “Leaders in sunset industries are a good buy as they profit from the ones forced out of a shrinking market. These leaders can offer you 10 times earnings growth in 10 years,” said a Hong Kong-based trader who did not want to be identified.