In February 2016 the volume of beer imports to China amounted to 20.95 million litres. This is by 50.7% more than last February.

In January-February 2016 beer delivery from abroad increased by 29.7% to 51.59 million litres. 39.79 million litres were imported to China for the same period of last year. 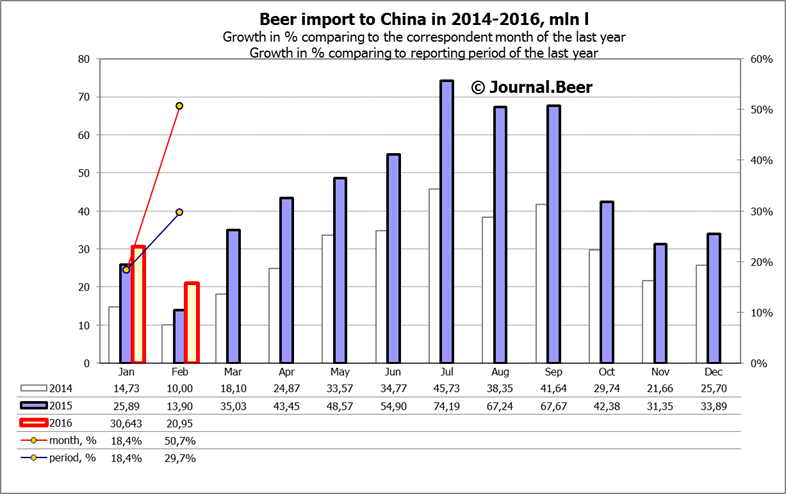 This rate of imports indicates a demand growth for foreign brands of beer, for which product quality is guaranteed. With income growth, the Chinese tend to get a quality and delicious product for their money, so they give preference to imported products. In turn, the population with low income due to the downturn in the economy is more tend to save than waste money. This entails a decline in sales of cheap beer.

The tendency to increase the volume of foreign delivery is maintained for the third consecutive year.