The noticeable decline in production that began in 2014, could not affect the income of brewers. Although in absolute terms the sales revenue showed a negative growth only in 2015, the dynamics of its change does not make them happy. 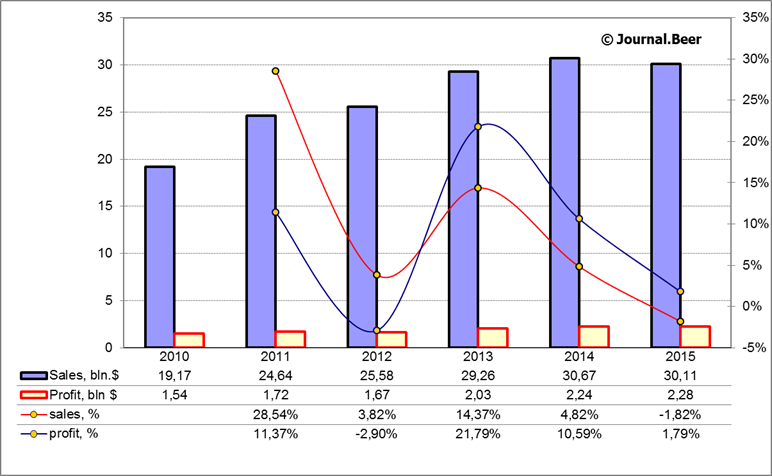 The year of 2015 has brought not only a negative index of the growth rates in sales revenue of -1.82%, but one of the lowest positive growth rates of total profit over the last 6 years is 1.79%.