The reasons for the fall of the beer market in China are interesting for both the brewers and analysts. For example, QL Money publishing among the main factors of the recession referred to bad weather, the reduction internal migrants’ income employed in construction, as well as changing in consumption patterns due to the change of generations.

The younger generation has always been the main consumers of beer. Thanks to the policy of family planning, which was introduced in China in the 1970-ies, the number of this consumer group from the 80-ies to 90-ies has decreased by 14%. As a result, there are only 188 million of potential beer consumers left in China, instead of 218 million.

In addition to the numeral reduction of the group, the change of tastes of today’s youth is an important factor. The generation of the 90s prefers beer low-alcohol drinks to beer, especially the cocktails, the most popular of which is RIO. Thus, in 2014 the pre-cocktail industry growth rate was 200%. 80% of the market of low-alcohol products accounted for RIO cocktail, ice and other outstanding products. 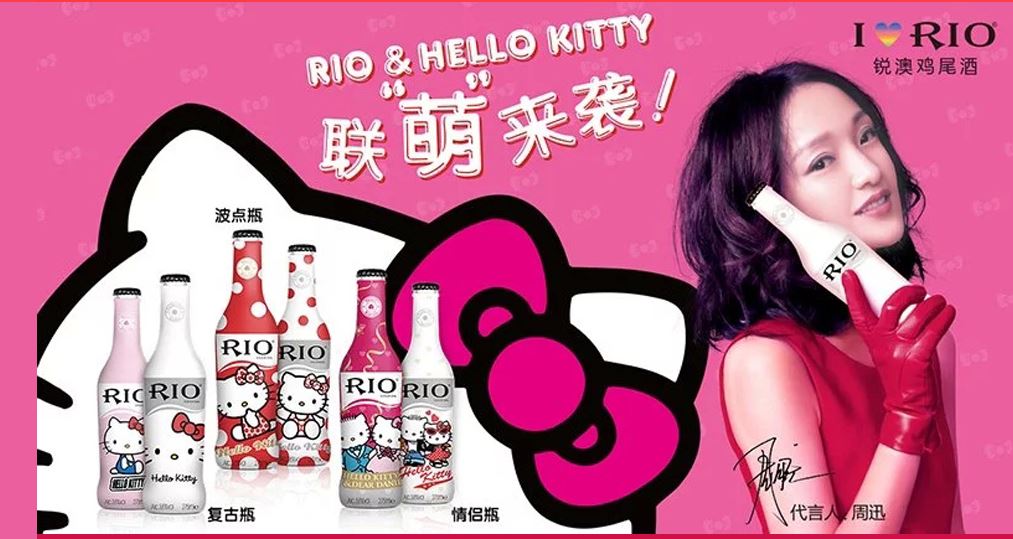 According to our estimates, in 2013 the share of “non-core” beverages (which includes low-alcohol cocktails) in the general structure of alcohol was 2.95%. In 2015 it has grown to 4.2%.

The representative of the company Black Cattle Food Co., Ltd. noted that at the beginning of January 2015, the volume of cocktail market was about 50 billion yuan, with a growth rate of 30-50% in a few years, this category of beverages can easily enter the top three industries by volume of the market.

Cocktails surely win back position in the market not only beer and liquor, but other alcoholic beverages. The advertising on TV and bright, modern packaging of the drinks contribute to such a rapid growth. Moreover, now many girls can enjoy a pleasant taste low-alcoholic cocktail instead of beer with bitterness.

The consumption of cocktails and other alcoholic beverages has become a characteristic feature of Chinese youth of the 21st century. Today the cocktails, especially RIO, have become a fashionable trend that is only gaining momentum.