According to the monitoring data for 36 major cities in China, in June 2016 as compared to June 2015, retail prices for beer in a glass bottle of 650 ml went 4.5% up to 7.02 yuan for a liter. During the same period, the prices for a beer can of 350 ml fell by 0.7% to 11.54 yuan for a liter. And the retail price for beer in a glass bottle was growing rather steadily and the price for canned beer remained practically at the same level during most of the year. The cheap beer share is the largest in bottles.
At the same time, the prices for cheap spirits were rising faster than beer prices. In June 2016, they were 4.8% higher than the same month in 2015. Today it costs 308 yuan for a liter.
The monitoring reflects the prices for certain SKU. As it is difficult to estimate the changes of weighted average retail price. It is known that the Chinese beer market is currently experiencing premiumization, that is, consumers’ preferences are changing toward more expensive brands. 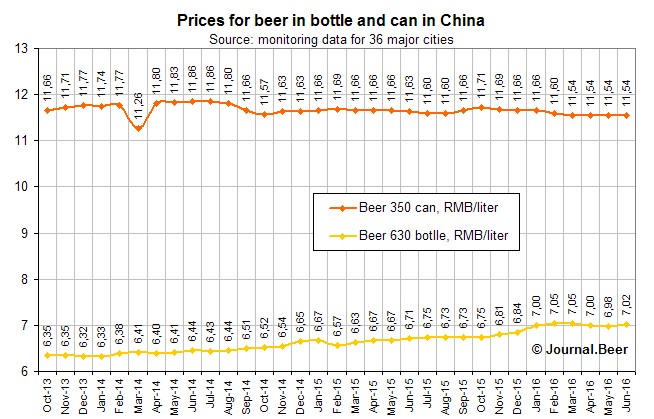 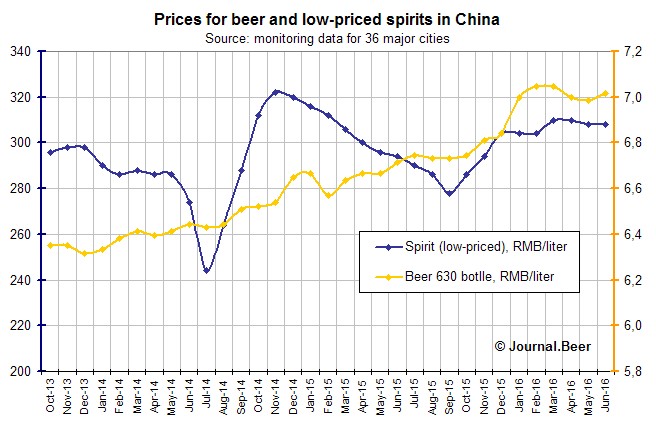