Kirin Holdings Co. of Japan has agreed to take a minority stake in Brooklyn Brewery, people familiar with the matter said, in one of the first investments by a Japanese company in a U.S. craft brewer. 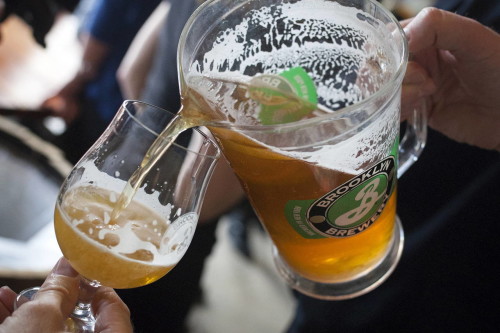 The investment will give Kirin a roughly 20% interest in Brooklyn Brewery, the U.S.’s 12th-largest craft brewer by volume, the people said.

With the investment, Kirin joins a host of Japanese companies that are using acquisitions to expand beyond traditional markets. Rival Asahi Group Holdings Ltd., on Tuesday closed a $3.5 billion acquisition of several former SABMiller brands, including Peroni and Grolsch.

Brooklyn Brewery, based in the borough’s neighborhood of Williamsburg, is one of the most established independent brewers in the U.S. It dates its history to the late 1980s, and growth has accelerated in recent years as the borough where it was born has gained prominence and cultural influence world-wide.

The brewery produced 277,000 barrels of beer last year, up from 169,000 barrels produced in 2010, according to industry tracker Beer Marketer’s Insights.

Brooklyn Brewery is one of the few American craft brewers that has worked to build an international business. It has been shipping its beer to Japan since 2003 and has a sizable business in Scandinavia. In 2014, the brewery and Carlsberg A/S opened a joint venture brewery in Stockholm. It struck an agreement earlier this year for a similar partnership in Japan with Kirin. 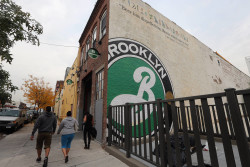 Kirin’s investment in the growing U.S. craft beer market comes amid a prolonged downturn in Japanese beer sales. Shipments of beer and related brews fell to about 425 million cases in 2015, compared with a peak of 573 million cases in 1994, according to the Brewers Association of Japan.

The investment will help Brooklyn Brewery as it gears up for a major expansion. The company this year signed a 40-year lease for 75,000 square feet at Brooklyn’s Navy Yard where it plans to have offices, a beer garden and brewery operations. It also is planning an expansion site in Staten Island to increase beer production.

The U.S. craft beer market has slowed lately, decreasing to 8% growth in the first half of 2016 after six years of double-digit growth. Large craft brewers like Sierra Nevada and Boston Beer Co., which makes Samuel Adams Boston Lager, have seen volumes decline as more small breweries open across the country.