The Ministry of Industry and Trade (MoIT) issued a decision to establish a steering committee for the sale of shares of two leading brewery companies. 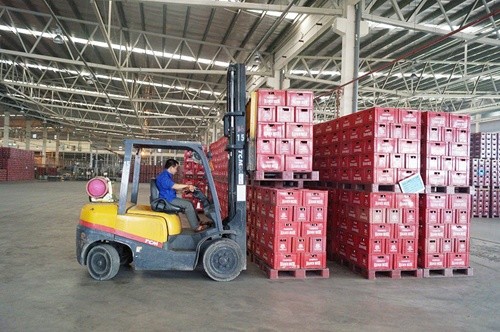 Sai Gon Alcohol, Beer and Beverages Corp. (Sabeco) and Hanoi Beer Alcohol and Beverage JSC (Habeco) will complete their divestiture from state funding in the near future.

The steering committee will be headed by MoIT Deputy Minister Cao Quoc Hung and consist of 10 other members from MoIT’s authoritative departments and directors of Sabeco and Habeco.

The committee will aid the MoIT minister in governing the sale of shares in Sabeco and Habeco as per entrustment from the prime minister, as well as assist in the construction and implementation of the two companies’ divestment from state funding in accordance with legal procedures.

In August, MoIT gave its approval for Sabeco and Habeco to be listed on the appropriate domestic stock exchanges before actually selling shares to interested investors.

During the government’s month meeting on October 4, the chairman of the Government’s Office, Minister Mai Tien Dung said: “The Prime Minister had tasked the two businesses with listing on the exchange in 2016. If a delay occurs, the governing body, which is the Ministry of Industry and Trade, will have to take full responsibility.”

Nonetheless, according to MoIT Deputy Minister Hoang Quoc Vuong, despite the ministry’s effort to accelerate the process, legal procedures could postpone Sabeco’s and Habeco’s listing until early 2017.

The Vietnam Association of Financial Investors estimated that the government could retrieve up to $2.2 billion from divesting 89.6 per cent of Sabeco’s shares and 82 per cent of Habeco’s alone.