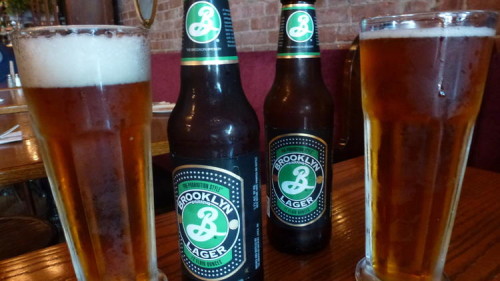 Kirin and Brooklyn Brewery will form a joint venture in January 2017 to roll out the Brooklyn brand in Japan, with plans to expand to Brazil, the companies said. Privately-held Brooklyn Brewery will issue new shares to Kirin Brewery Co., giving the Japanese company a stake of about 25 percent. They didn’t disclose the value of the deal.

Kirin and other Japanese breweries have been experimenting with specialty brews as craft beer gains popularity in Japan. It’s one of the few bright spots for the beer industry in Japan, where a declining population has seen consumption slump since 2001. Kirin is competing against some of the world’s largest breweries to expand overseas, including a possible stake in Vietnam’s top brewer.

“The current beer market is in a transition period,” Takayuki Fuse, president of Kirin Brewery, said in a briefing in Tokyo on Wednesday. “We need to vitalize the market, need to make it attractive, or there’s no future.”

Kirin fell 1 percent to 1,684.5 yen by the close of trading in Tokyo on Wednesday, in line with the benchmark Topix. The shares have gained 2.3 percent so far this year, against the index’s 13 percent drop.

Brooklyn Brewery, co-founded by Steve Hindy, a former war correspondent, and a banker, will remain an independent company with its management intact, according to a Kirin statement.

Brooklyn Brewery, based in the New York borough whose name it bears, is the 12th-largest craft lager maker based on 2015 beer sales volume, according to the Brewers Association. Craft breweries produced 24.5 million barrels of beer last year and posted $22.3 billion in retail sales, a 16 percent increase from a year earlier, according to the group.

“Brooklyn Brewery is a strong brewer in the U.S. and Kirin is a company that has cash to spend,” Tony Bucalo, an analyst at HSBC, said by phone. “American craft is one of the hottest categories in beverage alcohol and Kirin’s buying into a successful and well-managed partner on the ground.”

Kirin and Brooklyn Brewery are considering developing original products for the Japan market and starting a restaurant business. They also plan to expand the Brooklyn Brewery brand in Brazil, with details of the business and its roll-out still being discussed, according to Kirin’s statement.

Other major Japanese brewers including Asahi Group Holdings Ltd., Suntory Holdings Ltd. and Sapporo Holdings Ltd. have also sought to jump on the craft beer bandwagon amid their rising popularity in Japan and worldwide. Asahi sees potential to boost sales of its Super Dry beer in U.S.