Habeco, one of Vietnam’s biggest brewers, will list all of its shares for the first time next week, giving it a market value of $405 million, the Hanoi Stock Exchange (HNX) said on Friday. 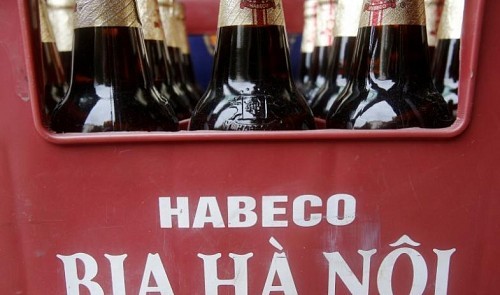 The listing on a secondary exchange does not necessarily imply any changes to the ownership of a company controlled by the government and Danish brewer Carlsberg but it does show how much the company is worth.

As such it is seen as a step forward in a government plan to divest its 82-percent stake. Carlsberg owned 17 percent of Habeco as of August 31.

The 231.8 million shares of Habeco, or Hanoi Beer Alcohol Beverage Corp., will have a basis price of 39,000 dong ($1.75) on their first day on the country’s Unlisted Public Company Market (UPCoM) next Friday, HNX said in a statement.

The Southeast Asian government wants to fully offload its $2.2 billion stake in Habeco and Sabeco, Vietnam’s biggest beer firm, to boost performances at the state firms and to help relieve an increasingly tight state budget.
Vietnam is among Asia’s biggest beer drinkers, putting it on the radar of Asian and European brewers keen to exploit changing lifestyles and one of the region’s fastest rates of middle-class growth.

Habeco, which has around a fifth of Vietnam’s market, wants to eventually list on the Ho Chi Minh Stock Exchange, the country’s main bourse, Phan Dang Tuat, head of the trade ministry’s enterprise renovation and development committee, told Reuters in an interview this month.

The UPCoM, operated by the Hanoi Stock Exchange, requires a lower level of transparency and limits some trading options.

Kirin Holdings, Asahi Group Holdings, Thai Beverage, Heineken and Anheuser Busch Inbev SA are among around 20 investors who have expressed interest in the beer stake sales by the government, said Tuat.

However, the government is not looking for strategic investors for the beer firms and just aims to sell the shares at the highest price possible, according to Tuat.