Asahi Group Holdings plans to offer more than 500 billion yen ($4.87 billion) for British brewer SABMiller’s beer operations in five Eastern European countries, aiming to firm up its footing on the Continent amid a slew of global market shifts. 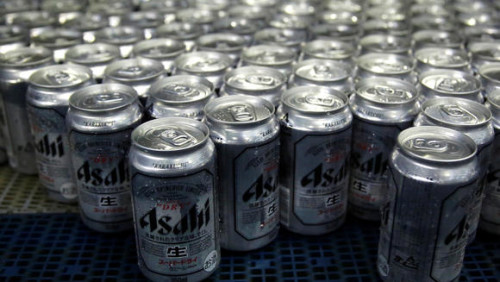 Anheuser-Busch InBev, the world’s largest beer brewer, will acquire SABMiller, its second-ranked rival, next Monday. Both companies are reassessing global operations ahead of the deal. AB InBev plans to open bidding shortly for SABMiller’s beer operations in the Czech Republic, Poland, Hungary, Slovakia and Romania. Other bidders could include Asian brewers and European investment funds. The goal is to have an agreement in place by spring.

SABMiller is the market leader in all of the countries on offer but Slovakia, where it comes in at No. 2. The company’s portfolio includes Pilsner Urquell, a Czech brand popular across Europe.

Asahi’s overseas strategy so far has focused on Asia and Oceania, with expansion trailing such rivals as Kirin Holdings. Sales outside Japan account for around 20% of Asahi’s total. The Japanese brewer is already set to buy brands including Italy’s Peroni from SABMiller for 2.55 billion euros ($2.84 billion) as part of the deal with AB InBev. Adding operations in five more countries will further accelerate Asahi’s overseas push.

AB InBev’s acquisition of SABMiller is only the latest development to rock the global beer market. SABMiller has pulled out of Chinese and U.S. joint ventures ahead of the deal, in addition to handing off business in Italy and elsewhere to Asahi. Vietnam is prepared to privatize state-owned brewers, while Kirin is taking a second look at involvement in Brazil.

A successful bid by Asahi for SABMiller’s Eastern European operations would mark the biggest-ever beer market acquisition by a Japanese brewer, beating out the 3.3 billion Australian dollars ($3 billion at the time) that Kirin paid to make Australia’s Lion Nathan a wholly owned subsidiary in late 2009.