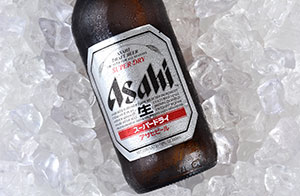 Japanese beer giant Asahi made a €2.55bn bid to acquire SABMiller’s brands such as Peroni and Grolsch in February as SABMiller completes its mega-merger with Anheuser-Busch InBev (AB InBev).

Newly-appointed Perks has one direct report, a legal counsel working alongside him, and works closely with the existing legal teams for Peroni and Grolsh. He had been at SABMiller for more than four years, joining from Hogan Lovells.

Perks told Legal Business: ‘This is a really exciting opportunity to be involved in a company that’s a mixture of a start-up with fantastic brands and assets being brought together. We’re setting up and doing things for the first time. There’s a huge amount of energy here, particularly on the back of a very lengthy divestment process.’

Perks’ move comes as it was revealed SABMiller’s general counsel John Davidson will stand down when the merger is complete, following a review by AB InBev with up to 35 staff in the UK-based legal team to be made redundant.

Those affected include company secretary and deputy GC Stephen Shapiro, who is responsible for managing the internal commercial legal function; deputy GC for M&A, Stephen Jones; and deputy GC for regulatory and industry affairs, John Fraser, who devises and implements global regulatory strategies for the company.