Danish brewer Carlsberg said on Wednesday it swung to a pretax loss of 1.73 billion Danish crowns ($261.8 million) in 2015 after it booked impairment and restructuring charges of around 10 billion crowns, mainly in the third quarter. 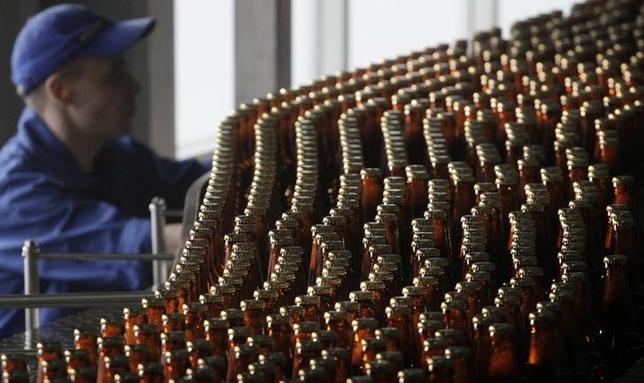 It was better than the 1.91 billion crowns loss forecast in a Reuters poll, and at 1210 GMT the share traded 3.9 percent higher for the day.

Below are comments from Chief Executive Cees ‘t Hart to Reuters:

“We see the growth of the Asian division as an opportunity. We have a stellar growth in especially India. For us it is important to see if this strong growth in India is sustainable, by which we are building up a very attractive business pretty quickly.”

ON DEVELOPMENT OF THE INDIAN MARKET

“India is like many countries in one country. We have been able to get into number one and number two positions in some states. Those are relatively isolated states. Almost like countries in Europe, or even more so as you have to pay import duty in some of these states.

“Once you have a position as number one or number two you are pretty well protected in such an environment.

“We need to strengthen that and grow to more states in order to increase our footprint in India. It is not an immediate profit bringer, but it can potentially be a growth bringer over the coming five to ten years.”

“I generally feel that the guidance here at the beginning of the year is a realistic one.

“We assume the Chinese beer market will show an improving trend compared with the declining trend of the last two years. That needs to come through, of course. We are a bit more optimistic there.

“The Eastern European markets are expected to remain under pressure. The last couple of months the macro economics in Russia have not improved at all.

“So I will sincerely say this guidance is a realistic one”.

“We have enough on our plate in order to do better.